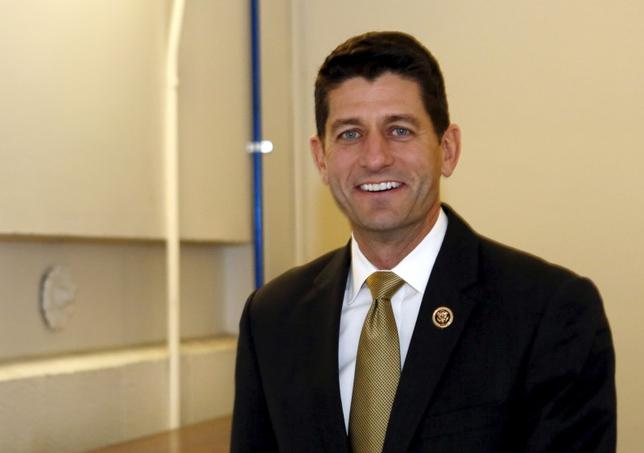 END_OF_DOCUMENT_TOKEN_TO_BE_REPLACED

By ERICA WERNER 1 hour ago

WASHINGTON (AP) — The honeymoon might be over before it even begins for House Speaker-in-waiting Paul Ryan when he is elevated to the top job this coming week.

The Wisconsin Republican, on track to prevail in secret-ballot GOP elections Wednesday and in a full House vote Thursday, would take over at a moment of chaos notable even for a Congress where crisis has become routine.

Lawmakers are barreling toward a Nov. 3 deadline to raise the federal borrowing limit or face an unprecedented government default, and there’s no plan in sight for averting it.

Crucial highway funding authority is about to expire, requiring a short-term extension that no one supports.

And early December will bring the next chapter in the government shutdown wars, with a must-pass deadline for spending legislation a ripe opportunity for brinksmanship.

END_OF_DOCUMENT_TOKEN_TO_BE_REPLACED

By ERICA WERNER 7 hours ago
Rep. Paul Ryan, R-Wis., speaks to reporters on Capitol Hill in Washington, Wednesday, Oct. 21, 2015, following meetings with House Republican leaders and the Freedom Caucus members. Ryan seeking unity in a place it’s rarely found, is telling House Republicans he will serve as their speaker only if they embrace him by week’s end as their consensus candidate. (AP Photo/Manuel Balce Ceneta)

WASHINGTON (AP) — Rep. Paul Ryan, on his way to becoming speaker of the House and second in line to the presidency, says Congress must change its ways.

“We are not solving the country’s problems; we are only adding to them,” he says.

The 45-year-old House Ways and Means Committee chairman pledges to change that dynamic if selected speaker in elections next week. He is a lock for the job now that he’s secured support from all factions of the House GOP, including the hardline Freedom Caucus.

“We have an opportunity to turn the page, to start with a clean slate, and to rebuild what has been lost,” Ryan, the 2012 Republican vice presidential nominee, said in a letter to fellow Republicans late Thursday that formally announced his candidacy. “We can make the House a more open and inclusive body — one where every member can contribute to the legislative process.”

END_OF_DOCUMENT_TOKEN_TO_BE_REPLACED

As a condition of him accepting the position of House Speaker, Ryan laid out a list of demands. Chief among them is that the Republican caucus gives up their ability to call a “Motion To Vacate The Chair,” which is basically a method of deposing a sitting speaker.

Another key demand from Ryan is that he secure the endorsement of all the major caucuses within the House GOP.

That won’t be an issue for Ryan with one big exception, the Freedom Caucus. The Freedom Caucus is comprised of about 40 hard-line members who want the House Republicans to be much more aggressive. They are the also the group who forced out Speaker John Boehner by threatening a Motion To Vacate The Chair.

According to Freedom Caucus rules, you need the support of four-fifths of the caucus to secure their endorsement. That means anyone who is opposed by more than 8 members will not be able to be endorsed by the group.

Already 10 Freedom Caucus members have publicly expressed their opposition to Ryan or his key demand, which is enough to sink his candidacy.

Ryan could either change his demands or any of these Representatives could change their position. But as it stands now, things are not looking up for Paul Ryan. END_OF_DOCUMENT_TOKEN_TO_BE_REPLACED Ryan’s votes have earned him failing grades on voting scorecards tabulated by federal employee organizations. In recent tallies, the American Federation of Government Employees scored him zero for failing to agree with the organization’s legislative positions a single time. He did a little better with the National Treasury Employees Union, 10 percent, and the National Active and Retired Federal Employees Association (NARFE) with 15 percent. END_OF_DOCUMENT_TOKEN_TO_BE_REPLACED